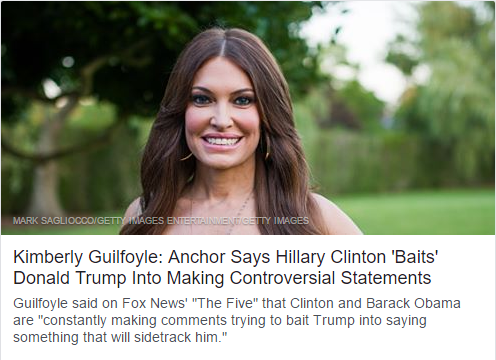 I saw this trending on Facebook this morning and I had no choice but to laugh out loud. I'm not a Clinton fan, although I think she's a better option than Trump. Although that really isn't saying much.

...BUT REALLY? Even if there was some diabolical plan to bait Trump into saying xenophobic, racist, and generally bigoted things... so what? The fact that he's weak enough to be baited in the first place completely proves the point that he's not mentally or emotionally capable of being POTUS.

I hate political posts and people yammering on about donkeys versus elephants, but this election year has just been too crazy to avoid commenting.