The Academy Awards Kind of Suck, and Movie Theaters Are Boring... or Something Along Those Lines 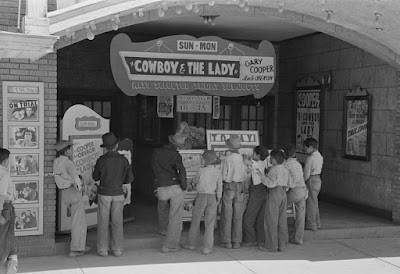 If you know me, it will come as no surprise that I'm a huge move buff. Well, at least I used to be. I'm not sure what happened, but in recent years I haven't gone to theaters. However, I will occasionally watch a movie if it's available to stream.

If there happens to be a new movie that I have been dying to see, I'll just rent it on XBOX, Google Play, or Amazon. I won't even put in the effort to go to a Red Box.

Don't get me wrong, I still love movies. In my teens and 20's I would get excited to go to the theater for whatever new releases playing to sit in the dark and gorge myself on greasy popcorn. Now that I'm in my late 30's I just don't have that same desire or excitement.

A lot of potential reasons are popping up in my head as I write this... Maybe it's because I work longer hours and just feel too tired. I'd rather just watch something at home that I don't have to pay increased ticket prices and remain in the comfort of my own home. Maybe it's the quality of home entertainment, TV quality/picture/resolution, or just the number of choices that I now have on streaming services that make the 10 minute trek down the road to the theater seem less appealing... Maybe it's just a part of getting older and going to the theater is something that just appeals more to younger people in general. I don't know for sure.

The last new movie that I watched was Bird Box, which I thought was an excellent film...and that was a Netflix exclusive. While I don't think that Netflix, Hulu, and the like are going to eliminate theaters or upend the entire film industry, it does generate some questions about the future.

I do know that there are times where I feel nostalgic for that thrill and excitement that I used to feel when bounding down the long corridor towards a new adventure, bucket o'corn in tow. However, it's not enough to get me to get off my couch and purchase tickets.

I think the only times over the past couple of years that I have gone to the theater was to take my son... and frankly he wasn't all that thrilled with it. I don't know if that is the case for kids in general but it's strange to not see him enjoy seeing movies at the theater the way that I did. It was a huge deal, an event... each one a unique memory of the experience and people that I was with at the time.

In a world with tablets, computers, and huge 4K smart TVs with streaming services and surround sound maybe the next generation doesn't need or care about going to the theater. I can still hear that THX demo that used to play before movies in my head. Maybe they don't see it as an event... maybe it's just a nuisance... an annoying vestige of a time gone by when you had to leave your house if you wanted more than just a radio show.

Speaking of events or potential vestiges of a time gone by... it's award season and that means the 91st Academy Awards is coming in February and today they announced the nominations. Because of my obsession with film when I was younger, the Oscars was another event that I used to get very excited about. Just like many other things, it has also lost its luster.

A few years ago I heard something about how the lobbying and voting process works. It didn't surprise me, but was very disappointing to discover how silly it all really was. I think we always hope that competitions are going to be fair, and that the contestants have an equal shot. However, just like anything else, that turns out not to be the case.

This morning Philip DeFranco put out a video that outlines exactly how that process works in great detail and it's worth a watch if you really want to know how it all goes down. I was surprised to hear about how the Best Picture is determined, and if you haven't heard about it before, it is quite shocking.

Oh yeah, and there was the Kevin Hart thing... We can talk about that some other time.