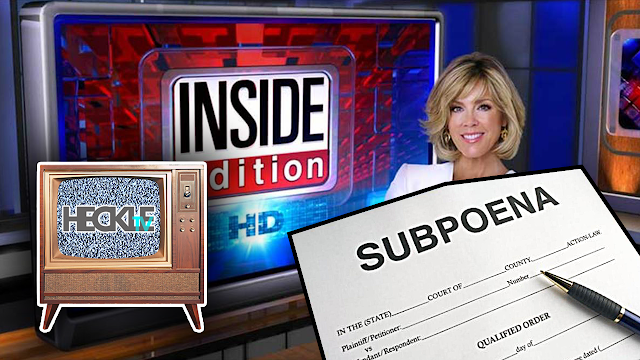 Update 10 in the ongoing Natalia Barnett, Ukrainian adoption, neglect case. A few people have been issued subpoenas to testify for the prosecution on December 17th, including media outlet Inside Edition.

They have asked for Inside Edition to provide all business records and all audio as well as video records relating to Michael Barnett and his attorney's appearance in their October 9th segment.

Kristine and Michael Barnett face charges of neglect for putting their adopted daughter in an apartment and moving to Canada. They claim that the girl was not 6 years old, but is/was an adult sociopath when they adopted her. They claim that she has psychological issues and threatened to harm as well as poison them. They legally had her age changed in 2012.

Check out my full playlist for more details about this case.