Cannibalism and Castration in a Remote Oklahoma Cabin 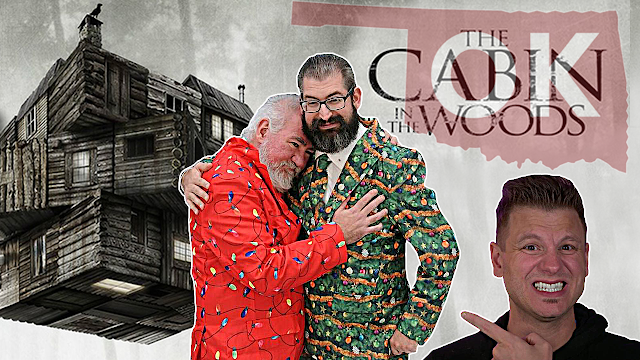 This was one of those stories that I couldn't pass up, and I didn't care that my video was most likely not going to be monetized. It's just too wild.
Two men in Oklahoma are accused of being cannibals. Bob Lee Allen, 53, and Thomas Evans Gates, 42, were arrested and charged with practicing unlicensed surgery, maiming, and assault.
They offered a 28 year old male victim castration service online, and he flew to Oklahoma to take part. Allen and Gates took the man to their remote cabin outside the small town of Wister. It was there that they performed the two hour procedure to remove the man's testicles (while he was awake) on a wooden table.
The victim passed out and woke up the next day to find out that he was still bleeding severely. At first Allen refused to take the man to the hospital, allegedly saying "no ER, no morgue." However, he must have changed his mind because eventually the man was taken to the hospital in McAlister.
He was told that he was to tell them that he did it himself, and if he passed out or died along the way they were going to bury him in the woods. The man survived, and hospital staff alerted the authorities. He told investigators where the cabin was, and they found bloody instruments, drugs, and a bag with frozen testicles in it.
Allen and Gates were arrested when they tried to visit the victim in the hospital.
Allegedly Allen told the victim after the surgery that he was a cannibal, and that he had a refrigerator full of parts from previous surgeries. He claimed to have been performing the surgeries for 15 years.
It appears to be a botched gender reassignment operation, but what's not clear is how many other victims there are. The county sheriff said he's looking into it and trying to get federal agencies to join the investigation.
Posted: 10/26/2020 05:25:00 PM