Even though I'm familiar with the insane things that people post on social media, I still find myself caught off guard from time to time, and this morning was no different.

I clicked on a trending topic about Ben Carson saying he wanted to discuss the 2nd Amendment. In one of the comment sections I found this: 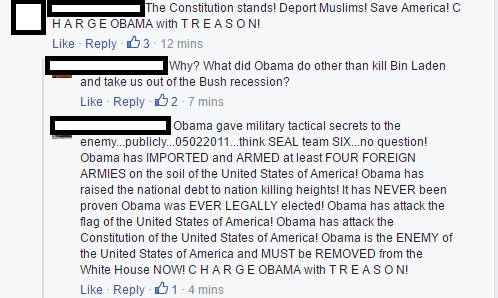 Of course I blocked out the person's name. I'm not an animal.

Now, I don't know about all of the other conspiracy theories this woman decries but what really stuck out to me was when she said that he wasn't "ever legally elected." People say crazy things all the time, I know, but this was something that got my brain going in circles.

She REALLY believes that Obama somehow snuck into the White House and started running the country for the past eight years without being elected... Either time?! Why is she the only one who knows about this?!

Quick, we have to tell someone!